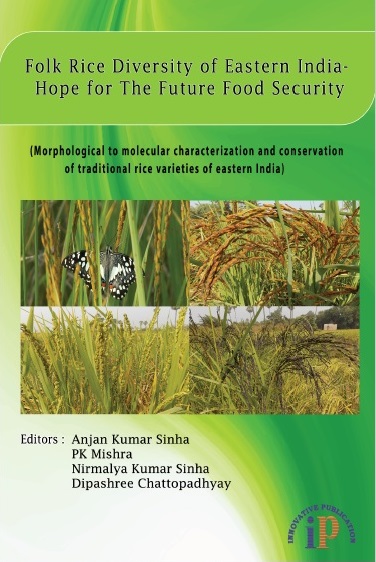 Dr. Anjan Kumar Sinha: Experienced teacher and researcher in the field of biodiversity conservation and sustainable agriculture. He has published more than 35 research papers in various National and International journals and book/chapters. He is actively engaged in the conservation of agobiodiversity of Eastern India. Currently working as a Lecturer at Dept. of Botany, Bankura Sammilnai College, Bankura, West Bengal. He has received plant genome saviour recognition award form Protection of Plant Variety and Farmers Right Authority (PPV & FRA), Govt. of India, for conservation of agrobiodiversity of West Bengal.

Dr. P K Mishra: Professor and Head, Dept. of Botany, Vinoba Bhave University, Hazaribag, Jharkhand, India. He has over 35 years of experience as a teacher and researcher which is evidenced by over hundred papers, 10 PhDs produced and successfully completed six sponsored research projects. He has professionally trained in scientific researches in the area of biodiversity conservation. He has received many awards and honours from various national and international organizations for promoting environmental awareness among the common people.

If you want to publish your book, you have more choices than ever to accomplish your goal, and the path can be confusing if you’re new to the publishing industry. This post lays out the process in the simplest terms possible.

Total No of Journals